Protecting Southwest Georgia
Injury Victims Since 2007
Our goal is to help people who are hurt, fully recover.
How much is my case worth? click here for a free consultation 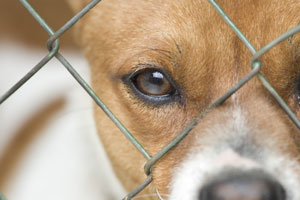 The American Veterinary Medical Association estimates that there are approximately 76,811,305 dogs in the United States. While many of us have experienced the joy of dog ownership, man’s best friend can quickly turn into man’s worst nightmare depending on the dog and the situation. You may want to consider these facts in regards to dog bite injuries:

If you or a loved one has suffered injuries in a dog bite or attack, you may be able to hold the owner liable for your injuries. An experienced Valdosta dog bite lawyer at The Rodd Firm can assist you in making a claim against the dog’s owner for compensation.

A study was conducted by the Journal of the American Veterinary Medical Association in 2008. It found that dog owners often had only limited knowledge of general dog behavior and were frequently unaware of the factors that could lead to dog bites, primarily to children. It went on to suggest that there should be more education about behaviors, body language, social signals, and appropriate self-defense to reduce the risks of bites to children.

While recognizing certain breeds as inherently dangerous is controversial and provides a false sense of controlling the problem, the fact is that, while larger breeds can cause more physical damage, any breed and size of dog can bite and cause serious injuries. In many cases, these accidents are due to an owner’s negligence and are completely preventable.

Georgia follows a modified version of what is known as the “one bite rule.” This says that if the owner knew or should have known that their dog was capable of dangerous behavior due to a prior incident, they can be held liable for any harm done by that dog.

Under Georgia law, anyone who owns or keeps a dangerous animal that harms someone else due to mismanagement or allowing that animal to run free can be held liable for any injuries and damages caused by that animal. This includes any violations of local leash laws.

One potential issue under the one bite rule scenario is proving that the animal had previously exhibited dangerous behavior. This is when it is critical to get the assistance of a Valdosta dog bite lawyer. At The Rodd Firm, we can help establish that the owner should have known that their dog was aggressive, even if it had not previously bitten someone. If the dog had shown other dangerous behaviors such as attempting to attack someone, barking or snarling aggressively, or other behaviors, the owner could still be held liable for damages.

Unfortunately, a dog bite can result in serious injuries and require extensive recovery that can be financially and emotionally damaging. At The Rodd Firm, our experienced Valdosta dog bite lawyers will help hold the negligent owner accountable for injuries and costs, including medical expenses, lost wages, pain and suffering, and any future costs as they relate to these injuries. Contact The Rodd Firm at (229) 415-7777 to schedule a free consultation to understand your rights under the law.